Are we really heading for a ‘no deal’ Brexit? 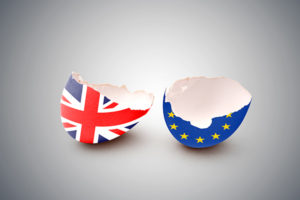 With the Brexit deadline getting ever closer, and still no clear progress on negotiations, the government started clarifying what a ‘no-deal’ Brexit might actually mean last week.

Secretary of State for Exiting the European Union, more commonly known simply as ‘Brexit Minister’ Dominic Raab presented the first of a series of papers on Friday. We look at some of what he said – and what it might mean.

UK citizens living in an EU country could face problems accessing their pensions and other financial services. Lending, insurance and annuities might all potentially be affected. This is worrying for those who have retired to a villa in the sun – although it might be relatively easy to find ways to access a pension paid into a British bank account.

The government warned UK Consumers shopping in the EU or with an EU vendor online could be hit with extra charges for using a UK card. This would be because UK based payment services would lose direct access to the EU’s payment infrastructure. In practice, this might not be necessary. Buying from US sites (for example) does not mean surcharges, and providers such as PayPal might be keen to provide frictionless trade solutions.

International trade is key to any Brexit. Exporters were advised to start consulting customs brokers and acquiring software to deal with new trading regulations. They would include customs declarations for goods entering the UK, and licenses to continue importing and exporting to the EU. The message seems to be that trade would still be central to the UK’s relations with Europe, albeit with a little more red tape.

Medical matters have taken on a major part in the negotiations. The Medicines and Healthcare Products Regulatory Agency regulates drugs in the UK. New drugs will need their approval before they can be used after a no-deal Brexit. This will mean increased work for the drug companies, who may need to submit to both EU and UK bodies.

The financial sector seems to have a lot to lose from a hard Brexit. Without co-operation from the EU, there’s no solution for passporting, so EU companies may be unable to access services provided by UK companies. However, this is a double-edged sword, and there are those who argue that the EU would have even more to lose if it could no longer call on funding through the City of London.

Mr. Raab also reaffirmed a commitment to no hard border between Northern Ireland and the Irish Republic, to avoid reigniting the troubles. However, the ‘no deal’ papers offer no real solution to how this might be done.

What does this all mean?

The government’s view on the consequences of a hard Brexit should bring some clarification, but the impact of a no-deal Brexit still leaves ministers split.  Even while Dominic Raab sought to reassure the public, Chancellor Philip Hammond warned of “large fiscal consequences” with the UK’s GDP cut by more than 10%.

But it could just be that these provisions are for a no-deal Brexit never intended to actually come about. The Brexit Minister stated that reaching a deal with the EU was the “overriding priority” and “by far the most likely outcome”. The main reason for publicising the government’s preparedness for a no deal Brexit might be to send a message to Brussels.

A willingness to leave the table could be an effective bargaining tool.

Hard or soft, you may want to renegotiate your financial arrangements in the light of Brexit. At Continuum, we would be pleased to help.