Good news from the Bank of England 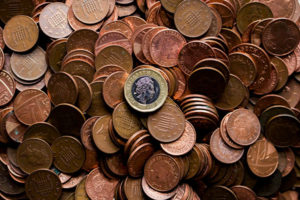 When the Bank of England’s monetary committee voted unanimously to raise interest rates from 0.5% to 0.75% earlier this month, there were some who lamented the move. The claimed it would put a chokehold on economic recovery, and more important, put their mortgage payments up.

In fact, it should mean neither, and is very good news.

Why the interest rate rise was good news

The bank made the change because of the underlying figures for the UK economy. It sees positive moves on growth, and employment, and believes that an interest rise is necessary to keep the one negative factor -inflation – under control.

So, the first piece of good news is that the Bank of England, and by extension the City, believe we are finally recovering from the after effects of the financial crisis of ten years ago. We may not be totally out of the woods yet, but we are at least on the path with open country in sight.

The fact that we are still surrounded by trees is not down to any structural weakness in the UK economy. It is rather that trade tensions are holding back global growth. The bank lowered its forecasts for global growth this year and next, predicting the global economy will expand by 3.75% this year and 3.5% in 2019, lower than its respective estimates of 4% and 3.75% three months ago.

These worries stem from the threat of trade wars because of US moves towards protectionism.

Pay packets are getting a little fatter. The lifting of the 1% pay cap for public sector workers may have been a sign for the rest of the employment market, and with record low levels of unemployment, employers are having to offer more generous salaries to bring in the people they need. The bank is wary of inflation and believes that this pay growth could generate inflationary pressures over the coming years. For the rest of us, having a little more to take home is a definite plus.

It may not feel like it, but the bank suggests that household balance sheets look stronger than in the recent past, despite high debts.

Your home looks a sound investment

Falling house prices in London have worried many people, but they are seen as a localised phenomenon. In the past, when house prices fall in the capital, the rest of the market tends to follow on, but the current situation is unusual.

London’s high prices may have become unsustainable, and due for a correction. The buy-to-let market, which has driven London prices has been hit by the stamp duty surcharge, and the government’s determination to reduce tax relief.  Brexit uncertainty has had a part to play, triggering a fall in net EU migration, and reducing demand from high-earning expatriates.

As for mortgages, they may go up a little, but only if you have not arranged a fixed rate.

Your savings are due to become more rewarding

After the last rate rise back in November 2017, many savings accounts simply carried on offering the same low rates of interest, and those that did offer a rise, were often not providing the full 0.25%.

This may occur again, but it seems more likely that banks and building societies will feel the need to reward their savers a little more generously than they have in recent years.  The increase in the Bank rate should mean higher gilt yields, which will in turn lead to higher annuities – although this may be a slow process.

With two bank rate increases away from the historic low, the signals from the Bank of England is that future rises will be gradual and limited. The financial markets have noted this and are forecasting one, perhaps two, similar rises of a quarter of a percentage point before 2020.

It also seems unlikely the UK will return to interest rates of 5% soon – if ever.

Good news for you?

To discuss what the Bank of England’s announcement could mean for your financial plans, it can help to get some answers from the Continuum team.