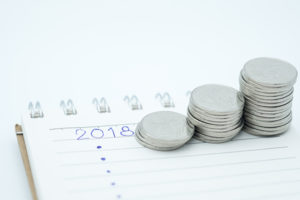 Investment has gone global. Investing on the global stage gives access to the widest possible potential for growing your wealth, but it means that finding the investment that’s right for you and your money demands an understanding of global markets.

We’ve put together a two-part guide to investing in 2018. In this, the first part, we look at how global markets have performed so far this year.

The global economy is on the mend

The first quarter of 2018 is not yet over, but some clear trends are emerging. For the first time since 2010, the world economy is not only looking brighter according to the International Monetary Fund (IMF). Not only are many countries sharing in this recovery, some observers, such as those of international investment house Goldman Sachs have revised their assessments upwards in recent months and are now suggesting growth of up to 4% in global GDP in 2018.

The euro area seems to have weathered the storms over Greece and the euro debt crisis, which triggered a euro recession in 2013-14. It saw unexpectedly strong recoveries in 2017, and has continued its growth in 2018, apparently unaffected by the looming exit of the UK from the EU. It is currently enjoying 2.2% growth, according to Goldman Sachs. There is scope for further growth. While Northern Europe is operating at capacity, Southern Europe needs several more years’ strong growth to return to full employment.

Recent years have seen Japan suffering not just stagnation, but deflation with a shrinking economy. Now, after two years of unbroken economic growth thanks to the sweeping economic reforms of Prime Minister Shinzo Abe and strong growth in export markets, the tide seems to have turned. Japan is now seeing steady growth of 1.5%.

America’s recovery has continued in line with expectations, perhaps with a little ‘Trump boost’. Buoyant business and consumer confidence continue to bolster growth – so much the Federal Reserve is leading the world in tightening monetary policy and increasing interest rates. Growth is in the region of 2.5%, with both internal and export markets busy.

China’s rapid growth may actually be slowing, but still is 6.5% according to Goldman Sachs figures. This may be partly due to reforms aimed at curbing the negative consequences of uncontrolled expansion, contain financial risk, and improve the environment.

India is likely to be the world’s fastest growing economy in 2018, with growth around the 8.0% mark thanks to growing industrial strength and a well-educated population.

Emerging markets such as Latin America, the Middle East and Africa seem to be seeing marked acceleration in activity averaging 5.6% this year. Asia has become a fast growing region, with the Philippines demonstrating growth of around 6.5%.

International activity may be up as a whole, but there is one major market which is struggling to join in the rally. In the UK worries about Brexit are acting as a brake on investment and on economic performance.

There is positive economic growth, benefitting from weakened Sterling which has been a boon for exporters who are also benefitting from stronger global demand. However, despite falling unemployment business confidence and spending remain subdued. The UK is currently growing at around 1.3%, and underperforming much of the rest of the world.

Part two of this article will look at specific markets where investment experts see the most exciting opportunities in 2018. If you are ready to discuss your investment plans now, please talk to our experts at Continuum.