Is Britain’s economy actually taking a turn for the better? 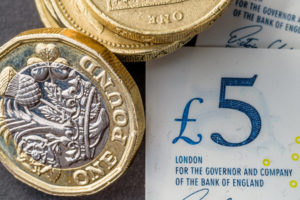 Its all too easy to believe the doom and gloom the tabloids peddle to boost their own circulation. But despite reports that Brexit talks have stalled yet again and the UK economy has stalled with them, there are some very positive signs for those who look a little further than the headlines.

Wealth managers seem to be buying more UK shares. Could it be a sign that Britain’s economy may really be taking a turn for the better?

Financial markets can produce a very clear picture of what is really going on in the economy, for the simple reason that they will otherwise lose money. They tend to set prices according to their perceived risk versus expected reward. Political and economic uncertainty usually reduces asset prices.

They certainly did so after the Brexit vote in June 2016. The uncertainty then caused both the FTSE and the pound to fall. The FTSE has since gone up to record levels, while the weak pound has acted as powerful stimulus on exports.

UK shares have stayed unpopular with most wealth managers cutting back on the amount held in their portfolios, but there are now concrete signs of a shift. Positive talk from investment managers and analysts over the last couple of months is turning into positive action.

It looks as though the City may be starting to buy British.

The changes that affect investor sentiments may be very subtle, but once a trend has been established by some key decision makers, others follow. The asset allocations made by the fund managers of large wealth management firms and pension funds set the pattern for  investors at all levels

So what is driving these changes?

There could be several answers. One is almost certainly that many investors panicked after the Brexit vote, and believed the predictions that the UK economy really was heading for the rocks. Dire warnings that 3 million jobs would be lost and the country fall into recession were being bandied about at the time of the Brexit vote. They may have pulled their investment out of UK equities accordingly.

Several companies, including Swiss multinational investment bank and financial services company UBS seem to have fallen into this trap, and are now extricating themselves. With booming employment and a healthy (if volatile) FTSE, the UK economy is looking much fitter than predicted. The firm has revealed it upgraded its allocation to UK equities from underweight to neutral.

Underweight means a firm carries a lower percentage of a particular asset class than a world index of major asset types. Neutral means its weighting is equal to the world index.

In other words, UBS is starting to buy UK based assets. Other investment houses are starting to adopt a similar position. Some even take the view that while Eurozone growth remains broadly positive with the Eurozone economy growing at its at its fastest pace in a decade the momentum behind this growth may be fading.

Some have even gone so far to downgrade Europe (along with Japan) to neutral, putting it on par with the UK.

While may be still some way to go from ‘neutral’ to ‘buy’, if City firms are starting to look at their asset allocation, it might be time to look at your own investments. At Continuum, we would be pleased to look with you.

thisismoney.co.uk – Why you should pay attention to City sentiment on Britain taking a turn for the better and wealth managers buying more UK shares – 26th April 2018