Is there a rate rise on the horizon? 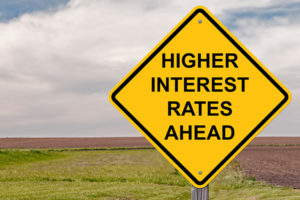 However, even though the Bank’s Monetary Policy Committee doubled the rate, it still only left us with a bank rate of just 0.5%, which remains close to the historic low. But was the first rise in more than a decade just a taste of things to come?

Why does the bank want a higher rate?

The low bank rates of the last ten years have been vital to help the economy out of the aftermath of the financial crisis. The ability to borrow cheaply was intended as a stimulant to business investment.

It may well have been, although it may have had the unintended consequence of forcing house price inflation. Low mortgage rates meaning buyers could afford generous offers.  It may also have fuelled inflation, which touched 3% but has this week reached a seven month low of 2.7%.

Putting up the rate should dampen down inflation, but can come at the risk of drowning out the recovery.

It is a balancing act that the Monetary Policy Committee must get right.

How high will rates go?

The Bank of England Governor Mark Carney has provided plenty of hints that rate rises would be slow and well signalled.

Any violent lurches are likely to unsettle borrowers, businesses and the markets. But the move upward although gentle is likely to come sooner rather than later.

As Mr Hammond was pleased to announce last week, the UK economy is doing better than expected. Gertjan Vlieghe, a member of the Monetary Policy Committee that sets rates, recently said that a pick-up in wages and an increase in household debt indicated that the economy was ‘ready for somewhat higher interest rates’.

The Bank of England Quarterly Inflation Report suggests that the next rise would come in autumn or winter this year. Economists commented that a rise of 0.25% could come as early as May, with another by the end of the year if the economy continues to perform well. The Report suggested 1.2% in three years’ time.

Of course, the latest inflation figures released this week showed that inflation has fallen significantly, which might ease the pressure for a rise next month. It means that it is impossible to predict whether the Monetary Policy Committee will want an increase.

But would a rate rise really be such a bad thing?

Rising rates are often painted as bad news, but as with most things there are winners as well as losers.

Losers could include those who have taken advantage of low rates to borrow heavily. However, unless we have a very large interest-only tracker mortgage, a 0.25% increase in base rate may not have too much effect on our monthly repayments.

Heavily mortgaged buy to let investors may be the group with most to fear from a rise. Some will find that their investment properties will no longer show them a profit, especially after the government’s restrictions of the tax concessions they once enjoyed.

Obvious winners would be anyone with cash savings, who may find their cash is working a little harder for them.

Less obvious would be the rest of us. If the rate rise works as intended and helps deal with inflation, we might find that our standards of living were no longer under attack.

Perhaps the best course of action is to protect yourself from the negative consequences of rate increases.  Ensure that you have the best possible mortgage deal fixed for as long as possible. At Continuum, we would be happy to help.

The Financial Conduct Authority does not regulate Buy to Let mortgages.