Relying on inheritance instead of pension saving?

The astonishing growth of house prices has given many of the older generation a level of wealth inconceivable when they bought homes in the 70s and 80s. It has also meant almost insurmountable problems for younger generations trying to get on the housing ladder.

Many have had to make sacrifices to scrape together the money to put a roof over their heads. Going without holidays abroad and evenings out is one thing – but may have been forced to sacrifice saving for their futures. They are simply not putting enough away into their pensions.

According to research from pension provider LV, one in five working Brits will not be able to retire comfortably without receiving an inheritance windfall.

It is tempting to think that receiving the parental home would solve your financial challenges. But there are some risks to be aware of before you start making an inheritance the core of your pension planning.

The risk of inheritance tax

If you were left a substantial estate, you might find that the taxman will be taking a generous share of it first. The threshold for Inheritance tax (IHT) is just £325,000, after which IHT is charged at 40%.

There are some concessions. Couples can together leave £650,000. There is also the residence nil-rate band (RNRB) which applies to residential property when it is left to direct descendants.  This is worth £125,000 for individuals in the current tax year, meaning that couples may ensure a further £250,000 of the value of the family home will not be subject to inheritance tax. The combination of IHT threshold and RNRB mean that the family home may be passed on tax free as long as it is worth less than £900,000 in 2018/19.

But the taxman isn’t the biggest threat to an inheritance. A surprisingly small proportion of estates actually pay IHT, and careful estate planning can escape it altogether. A call to Continuum could help if it is an issue for you.

The risk of receiving nothing

The biggest threat to receiving an inheritance is the increasing need for healthcare. People are living longer, but a growing proportion will need assistance at home, or full-time support in a nursing home. The high costs of elderly care whittle wealth away.

Even if the wealth is intact, not all parents plan to leave everything to their offspring. You may find that the bequest you were counting on is split with your siblings, with grandchildren – or even with a favourite charity or two.

The risk of not getting enough

If inheritance is going to feature in your financial planning, you need to know how much you will be getting. The average inheritance, according to the Office for National Statistics now stands at nearly £120,000.

This is certainly a reasonable sum, and one that would help put many people’s finances on a firmer footing. But averages are misleading. A small number of people leaving extremely large estates skew the average upwards. The reality is most people won’t get anywhere near this. The Office for National Statistics found that half of those pocketing an inheritance got less than £10,000.

You might also get your inheritance too late. Far more people are now living into their 80s and 90s. This means that any inheritance they leave may only come after their beneficiaries have themselves retired.

The simple answer is that most people can’t expect inheritance to solve their financial problems, and that it is particularly inappropriate for funding a pension.

The answer is to treat any inheritance as a bonus and arrange regular saving into a pension plan that will give you the retirement you want.

At Continuum we would be pleased to help.

The value of pensions and investments, and the income they produce, can fall as well as rise and you may get back less than you invested.

Estate Planning is not regulated by the FCA.

blogs.spectator.co.uk – Inheritances are under threat: don’t rely on a windfall to pay your debts – 29th March 2017

independent.co.uk – More than half of millennials relying on inheritance from parents to pay off debts, research finds – 27th March 2018 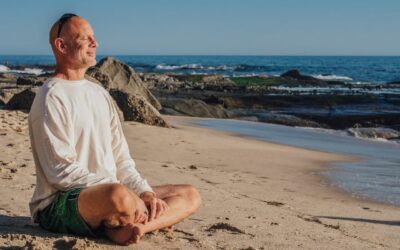