The costs of being an older parent

Previous generations tended to get married and start a family in their early twenties. These days, many of us wait until we have established our careers before we start thinking about children.

Having a first child in your mid-thirties is becoming routine. In fact, having children after the age of 40 is more common than it used to be, and many people now have entire second families after divorce.

Official figures from the Office of National Statistics show that the number of women over 40 having children has trebled in the last 35 years.

It all means that parents are getting older. We look at some of the financial issues you might face as an older parent.

If you are not laid low by the sleepless nights and sheer hard work of a baby, you can argue that having children later life helps keep you young.

However, it may not be quite so beneficial for your finances. Children are expensive. The basic cost of raising a child in the UK to the age of 21 is around £230,000, according to a study carried out by the Centre of Economic and Business Research for insurer Liverpool Victoria.

If you are still paying out for your children in your 50s or even 60s, it has a major impact in the money you can use yourself. This in turn can affect your mortgage and pension arrangements, because you simply will not have as much cash to put towards them.

You may still have a mortgage

Sage conducted a poll of over 50s. This shows that around 12% still have a mortgage – but the figure rises to 20% for those with children with a new partner. The outstanding sums may be larger than people of a similar age without a new family.

What’s more, some lenders set age caps, which can leave older parents with less competitive deals. Older parents who are looking to take out a mortgage might find it difficult to prove sustainability of income into retirement, although some lenders, like Nationwide and Halifax have recently increased the maximum age at which they are prepared to lend.

They may also be more likely to have non-mortgage debts, such as loans.

You may have an undersized pension

Having children later in life can have a mean a problem for your retirement plans. Younger parents have children who are financially independent by the time the parent reaches retirement, giving them a few years to sort out their pension planning. You may find that you hit the traditional retirement age just as your children are heading off to university. You may find yourself working rather longer than you might wish to give yourself the kind of retirement you want – or building up a pension that is large enough to support your children as well as you and your partner.

Fortunately, there are some positive to starting a family late. The first is financial security. Older parents who’ve waited to start a family have climbed the corporate ladder, and are financially ready to raise children.

Secondly, you may have maturity and life experience.

Thirdly? Being a little older as a parent may mean grandparents who are retired – and delighted to spend time looking after the children for you.

If you need advice on the financial aspects of parenthood, the Continuum team will be glad to help.

The value of your pension and investments, and the income from them, can fall as well as rise and you may get back less than you invested. 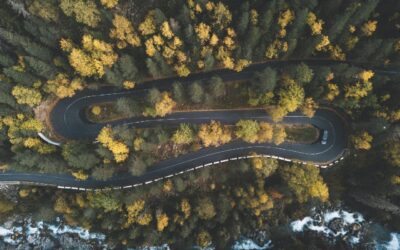