Do you need to fix your mortgage?

House buyers have enjoyed historically low interest rates since the covid crisis. A combination of low Bank of England base rate and the willingness of lenders to compete for business in the wake of the pandemic drove down the cost of mortgages.

Buying a home has never been more affordable – which paradoxically has helped to put up house prices.

But now, the threat of an imminent Bank Rate rise has made banks and building societies start pulling their cheapest deals from the market.

At Continuum we are looking at why this could affect you – and what you can do about it.

The Bank and interest rates

The Bank of England keeps a close eye on the economy. In the wake of the crisis, it has stimulated recovery with quantitative easing – AKA printing money – and by setting a record low interest rate of just 0.1%. The measures seem to be working, with recovery well on the way.

But as part of its overview, the bank also looks at inflation. It is trying to ensure it stays in line with the target of 2%. Interest rates are the main control the bank has to discourage inflation – and now with inflation running at around 4.2% and with the threat of worse to come, it looks inevitable that the bank will be planning to increase interest rates.

When the Bank of England puts up the Bank rate, the rate which underpins the Swap Rates, rates at which high street banks and other lenders can borrow money, the interest rates charged by those lenders will also have to increase. The markets seem to be pricing in an interest rate rise before Christmas, with a second rise early in 2022. The lenders cannot afford to wait much longer. The era of the record low mortgage is rapidly coming to an end.

What does a rise in bank rate mean for you?

The best mortgage interest rates could double by next year as lenders pull their best deals from the market. It will mean the amount you pay to buy your home will increase substantially.

A good rate on a two-year deal is currently 1%. If that were to double, a borrower with a £200,000 mortgage would pay an extra £1,128 a year. Even higher increases are not impossible – the historic average rate is closer to 5%.

If you are on a tracker mortgage pegged to the bank rate the effect will be immediate, but anyone on a variable rate mortgage will feel the effect sooner rather than later.

Only those on a fixed-rate mortgage will be able to relax knowing that they will be safe from the rises, for as long as their fixed rate period lasts – and this can provide a lifeline for those worried about their tracker or variable-rate mortgage shooting up.

Anyone on a variable-rate mortgage with no early repayment charge or nearing the end of their fixed-rate deal, should consider remortgaging with one of the current low-rate loans still available. For borrowers with at least 40% equity, it may be possible to lock in at below 1%.

The benefit of locking in now could be long-lasting. It used to be that 5 years was the maximum fixed rate period. Mortgages with 10 years fixed rate or even longer now exist.

There is a window of opportunity to lock your mortgage for a decade or more at the lowest rates in history. Even if your fixed rate has time to run you may be able to lock in a good rate now, with an offer which will hold for six months.

What to do now

This is the lowest mortgage costs are likely to be for some time. It is vital for borrowers whose fixed-rate deals are coming to an end in the next six months to look at their next mortgage now – and it may be worth looking at remortgaging even if your current deal has longer to run, subject to consideration of potential early repayment charges.

At Continuum we are independent, which means that we can source mortgages from across the entire market, including deals which are not advertised.

By calling us now, you have the best chance of securing the mortgage you need – before the best offers disappear for good.

The information contained in this article is based on the opinion of Continuum and does not constitute financial advice or a recommendation to suitable mortgage products, you should seek independent financial advice before embarking on any course of action. 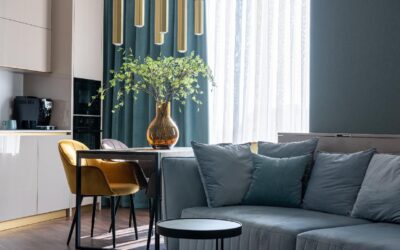 Is it time to downsize?