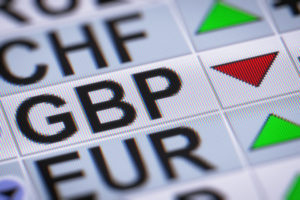 As recently as a few weeks ago a rise in the bank rate looked imminent.

It was confidently predicted for May. However, on the second Thursday of the month, (when the decision from Threadneedle street is announced) there was no change.

The Bank or England’s Monetary Policy Committee meets once a month.  Its government mandated task is to keep inflation to 2% and maintain financial stability, which it does by setting the bank rate. Ideally, the economy should regulate itself, but if inflation looks likely to pick up, it raises rates.  In February, the MPC let it be known that rates were likely to rise faster than previously expected due to a strong economy and inflation.

The low rates of the last ten years were intended to stimulate the economy’s recovery from the financial crisis.  With inflation running above 3%, many believed there had been quite enough stimulus and predicted last November’s rate rise would be followed by a hike of 0.25% in May with yet another by the end of the year.

In fact, the committee members voted 7-2 to keep interest rates at 0.5%.

The MPC said it expected inflation, which fell to 2.5% in March, to “fade a little faster than previously thought.” It is still higher than the target set by the government, but It was not the only news that affected the decision.

GDP growth for the first quarter dropped to just 0.1%. and actually shrank when adjusted for population increases according to the Office for National statistics.

Some of this may be due to Brexit worries, while many are blaming it on the winter weather of the Beast from the East. But the High Street isn’t struggling because people stayed at home in the warm. Even with inflation peaking, people have less disposable income thanks to a lack of pay rises. They are wary of taking on more debt, which means less money for buying. Fears that the economy was overheating have been dispelled by consumer and GDP data that show spending is being reined in,

If inflation continues to fall, it looks although the MPC might have set up a self-regulating economy after all.

To be fair, the inflation we are currently seeing may not be the result of an overheating economy anyway. It has been largely driven by shifts in the pound. The UK has to import goods, food and energy. A falling pound pushes up the price of them all, which eventually feeds though to higher prices for British consumers

The Bank of England Governor Mark Carney has offered many reassurances over the years that rate rises would be slow and well signalled. Any sudden move could upset borrowers, businesses and the markets.

So a rate rise is still coming, even if the pressures that seemed to be demanding it have eased, and it is a question of when rather than if. The Bank of England’s Inflation Report indicated a rise before the end of 2018 with rates reaching 1.2% in three years’ time.

It may mean bad news for people with mortgages and those with large borrowings, and good news for savers and probably for investors as well. Whatever your position, it still might be time to review your financial arrangements in the light of a rise in base rate. At Continuum we would be pleased to help.