What do the pension changes mean for you?

With a private pension and some forward planning, there is little need to wait until state retirement age until we retire.

For many years it has been possible to retire a whole decade before the state pension kicks in, allowing those who had accumulated sufficient in their pension pots to start their life of leisure at just 55. However, that is due to change.

At Continuum we are looking at exactly what is changing – and why a surprise decision from the government may mean that you need to rethink your early retirement plans now.

What is happening to early retirement?

The statistics that demonstrate we are all living longer is good news for everyone but the Treasury.

The State retirement age was set at 65 at a time when few people made it much past 75. Now, with a much larger population and better healthcare, millions of us can expect to see our 80th or 90th birthdays. This leaves the Treasury with an ever-larger bill for the nation’s state pension, making raising state pension age seems an inevitable decision to help balance the books. If you were born between 6 April 1970 and 5 April 1978 your State Pension age is currently 67, increasing to between 67 years and 1 month and 68 years, depending on your date of birth and likely to go higher still in the years to come.

In parallel with the increase to State Pension age, the government plans to raise the normal minimum pension age (NMPA) – the age at which you can start drawing your private pension – to 57 in April 2028. It had originally given us all until April 2023 to either join or transfer into a scheme which could offer a protected pension age.

Now, in a move which surprised the pension industry, it has withdrawn that concession.

What exactly has changed?

Under proposals published a few months ago anyone who transferred to a scheme with a ‘protected pension age’ by 5 April 2023 would have been able to retain the old, lower minimum pension age, meaning that retiring at 55 was still a very real possibility.

There was a flurry of activity as pension savers started to look around for schemes which could keep their early retirement plans on track.

However, the government has announced that the transfer window is shutting immediately and that transfers would only be possible if they were initiated before 4 November 2021.

Their stated reasons were twofold. First, it would reduce the risk of scammers taking advantage of government induced confusion to defraud savers. Secondly, it would mean that that fewer people would make decisions about their retirement pot based purely on the minimum access age when in reality other factors such as costs and returns need to be considered.

This could complicate your pension plans

The news means that you may find that your pension plans have been derailed and that a couple more years of work may be inevitable.

If you were in the middle of a transfer, you should still be able to make the move to a pension that will allow you to retire at 55, rather than two years later.

Getting some expert help

The chance to retire at 55 may be vanishing for most people, but the basic facts of retirement planning remain. If you want to retire early a large pension pot is essential and putting cash into the right pension pot now will help it grow.

At Continuum we can review your current pension arrangements to help you see if your retirement plans are in reach and help find solutions if they are not. Call to book an appointment today 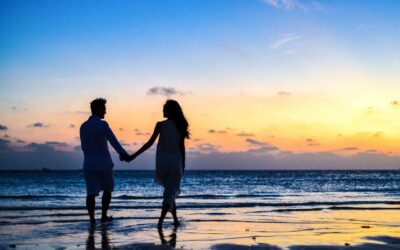