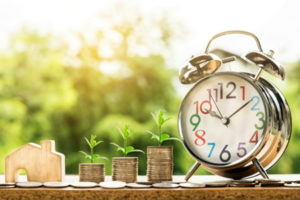 The budget – and the autumn statement that foreshadowed it – used to be major events of the financial year. This year will see a spring rather than an autumn statement, with none of the showmanship or radical changes to legislation seen in the past.

Why has the government done away with the spectacle, and what should we expect in the Spring Statement?

The first Spring budget statement, to be delivered on Tuesday 13th March, is to be a deliberately low key event. While previous budget statements have almost been mini-budgets with news of impending tax hikes and changes, Chancellor Philip Hammond is expected to avoid any hint of drama. A Treasury spokesman has said that there will be “no red box, no official document, no spending increases, and no tax changes”

Instead, the Chancellor will concentrate on setting out the official updated UK economic forecasts in a speech which will last just 15 to 20 minutes.

The Office for Budget Responsibility has a legal obligation to publish two sets of economic forecasts a year.  Although Mr Hammond has to provide a report, he has made a deliberate decision to avoid presenting a mini Budget. When he announced his plan to move the Budget from March to the autumn and the scrapping of the Autumn statement, he explained his reason succinctly. “No other major economy makes hundreds of tax changes twice a year, and neither should we… If unexpected changes in the economy require it, then I will, of course, announce actions at the Spring Statement, but I won’t make significant changes twice a year just for the sake of it.”

What we are likely to hear is a positive message on inflation that has peaked and is now starting to fall, and forecasts for growth that are revised in line with growth throughout the rest of Europe.  There might be some hints about the shape of the Brexit deal – or we may have to wait a little longer.

This is all of course a far cry from 2015, when George Osborne pushed through a total of three major Treasury events — with a usual Spring Budget in March, a post-election Budget in July followed by an Autumn Statement in November, with a significant U-turn on tax credit cuts.

It looks as though Mr Hammond is keen to send a strong message that he’s committed to improving the nation’s finances, instead of complicating them with new policies or tinkering with the existing settings on the economic engine. Rather than setting out major policy overhauls just six months after the full blown Budget, the statement looks likely to be used as proof that the current measures are moving the economy in the right direction.

If stability and business as usual look like priorities for Mr Hammond, it could well be positive for taxpayers. With Brexit occupying most people’s minds, there is certainly little enthusiasm for radical change in the current climate. Major tax changes being announced twice a year make it difficult for most of us to plan a long term tax and investment strategy.

Whatever the Chancellor has to say about the economy, the promise of stability on tax regulations makes it even more worthwhile to make sure you have the right financial arrangements in place.

Making the full use of your entitlements could help reduce the tax you pay, but getting expert professional help is essential. The simplest way to get it is to talk to us at Continuum.

Levels, bases and reliefs from taxation are subject to change and depend upon your individual circumstances.

The Financial Conduct Authority does not regulate tax advice.