The latest on Brexit – and what does this mean for your money? 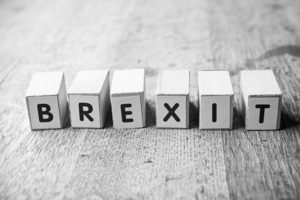 It was only a few weeks ago that Brexit negotiations were starting to look more positive, and Theresa May’s call for compromises on all sides seemed to be reaching receptive ears.

Her plan for a temporary extension to the United Kingdom’s membership of the customs union seemed a solution to two problems. It would help put UK trade on a secure footing post Brexit. It also provided a temporary answer to the conundrum of how to provide a soft customs border between Northern Ireland and the Republic, meeting the customs needs of a country outside the EU while ensuring free passage of people and goods.

March 2019 and Brexit are approaching fast. The plan at first won the conditional support of Cabinet Brexiters as gaining extra time for negotiations.

But since then, critics have emerged. It looks as though the splits in the Tory party are making Mrs. May’s job even harder.

Foreign Minister Boris Johnson has described the proposals for a customs partnership with the European Union after withdrawal as “crazy”.

Tory backbencher Jacob Rees-Mogg went further, criticising the government for “abject weakness” and that any compromise was a sign that the UK had no stomach for a hard, deal-less, Brexit. He said that it would suggest to the EU that there was no need to offer the UK anything. He urged Mrs. May to make preparations for leaving without a Brexit deal instead, suggesting that this would send a much clearer message to Brussels.

Mrs. May’s response has been to suggest a longer transition period, lasting until 2023.

What does this mean for the economy?

Markets, economies and investors don’t like doubt, and the current confusion about the form Brexit will take is certainly not helping the UK economy.

Bank of England governor Mark Carney has stated that the vote for Brexit has already knocked about 2% off the UK economy, totaling £40bn and costing each household around £900. Giving evidence to the Treasury Committee, Mr. Carney confirmed that the economy was underperforming the bank’s forecasts before the referendum and that the Leave vote, was the primary cause.

He also hinted that decisions about Brexit were needed urgently. “If the implementation agreement doesn’t come to pass for whatever reason, there would be a potentially considerable real economic adjustment,” he said.

Exactly what he meant could be understood from a speech to the Society of Professional Economists, where he suggested that the wrong kind of Brexit could force the Bank of England to cut the cost of borrowing across the economy again to help prop up growth.

The Bank’s current forecast is based on an orderly negotiated Brexit in March 2019. “A more disorderly transition, or a materially different end state from our assumption, would have implications for monetary policy,” he said.

The Monetary Policy Committee held back from hiking rates last month after growth declined to a five-year low in the first quarter of the year, dragged down by bad weather. A fall, rather than a rise in bank rate coupled with fiscal easing could stimulate the economy, but it would send a worrying sign to the rest of the world, which might see it as a sign of weakness.

However, this would probably also lead to another fall in the pound – which would make the UK’s exports even more attractive to global buyers. Cheap Sterling might not be a bad start for the UK finding its feet outside Europe.

Negotiated or hard Brexit, it looks as though all the current clouds may still have silver linings. To discuss how they could affect your investments, talk to a Continuum expert.