Are things looking up for the economy? 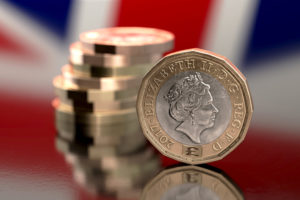 We have become used to gloom and doom in recent months, so it’s refreshing to hear a positive view. When that view comes from a Remain supporter who now admits his thoughts on Brexit were too pessimistic, it is even more exciting.

“Britain should prepare for a much more economically optimistic 2018”

Lord Jim O’Neill, the former Conservative Treasury minister has changed his mind about the dire consequences of Brexit for the UK. While he still believes that we might be better off in Europe, he now believes that Britain’s growth forecasts will need to be upgraded.

His position on the board of the Northern Powerhouse Partnership has given him insights into the real levels of business activity in the regions. He says growth in the UK is far greater than expected.

The downsides of Brexit, he now says, are likely to be “dwarfed” by the boost to the UK as the global economy expands. UK exports have already received a boost from the weakened pound. Increased trade and greater demand around the world should boost them even further in future, and mean more business for the UK’s financial sector.

Over the past six months economic forecasters have become more optimistic on world growth. The international economic powerhouses, China, the US and Europe started to show clear signs of increased growth last year, when the International Monetary Fund upgraded its global predictions.  2018 has so far continued where 2017 left off.

Lord O’Neill believes that the world GDP growth is now at least 4%, higher than the consensus and that there are signs that it is actually accelerating.

Stock markets around the world are looking strong, and the FTSE is no exception, and currently at record levels.  It’s not just the price of stocks and shares that are on the up.  Productivity in Britain is rising at its fastest rate in six years. Output per hour worked rose by 0.9 per cent between July and September of 2017, according to the latest quarterly report from the Office for National Statistics*.

The noble lord is confident that the upward trend will continue, and believes that many parts of the country are already doing much better than most observers realise.

Some sectors of the economy, and particularly those with close links to the EU, such as cars and pharmaceuticals, could still face major challenges, even if the overall trend is up. These are key for the UK manufacturing base and could still be facing significant threats if the government’s proposals to leave the customs union and the single market with a hard Brexit or a no-deal Brexit come to pass.

However, there are pressures on both sides of the Brussels negotiating table to avoid the kind of Brexit which would damage the economies of the EU as well as the UK. There are some signs that there could be a result which minimises the downsides.

Lord O’Neill not only believes that the country will cope with Brexit better than he thought, he no longer feels that Brexit negotiations are the most important factor shaping Britain’s future. He now sees increased productivity and rebalancing government policies to support the regions as having an equally important part to play in securing prosperity and growth.

An economy which is growing fast, rather than static could have a big influence on your investment plans. For help and advice on the best way to get an upturn working for you, talk to us at Continuum. Call us now on 0345 643 0770, or email us at [email protected]